During the presidential debates in Kenya, Uhuru Kenyatta, was asked on his thoughts about the ICC cases and how he planned to govern the country while still dealing with the cases at ICC. His response was very diplomatic and off course well rehearsed. He said that the case against him at the ICC was personal, […] 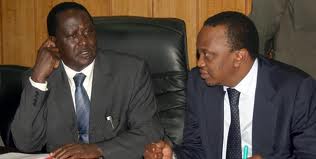 In less than thirty days Kenya will elect its first president under a new constitution and later in June mark 50 years of independence from the British rule. Those bidding to be Kenya’s fourth president will have their plates full once they get into office as they seek to tackle the country’s emerging issues. Even […]