When Soni Methu landed a role in a local TV drama, little did she know it would start her on her journey to become Kenya’s first journalist to host CNN’s Inside Africa. Soni, whose new assignment began in August, has taken over from Errol Barnett, following in the footsteps of Jeff Koinange and Zein Verjee […] 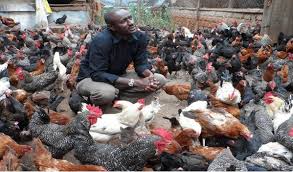 For more than a year TV journalist Caleb Karuga wanted to get fired. The Kenyan entrepreneur says that while he was good at his job, his true passion lay in farming, but he did not have the courage to quit his job. Caleb Karuga, founder of Wendy Farms “I would pray with my wife every […]