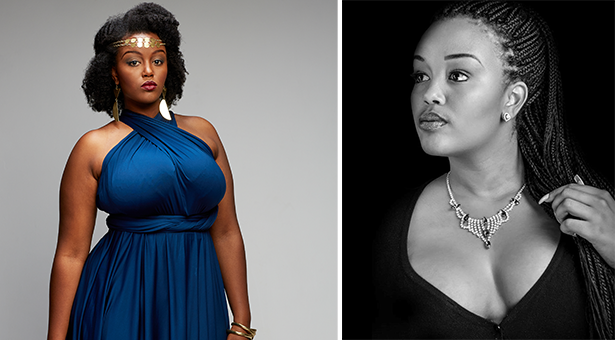 Like so many great singers before her, Maureen started singing in the choir back in high school. “I always loved to sing,” she said over the phone from Nairobi. “And I led church songs in primary school and was in the choir in my high school,” she added. Now a professional singer, songwriter and lawyer, she exemplifies what […]

They say, a journey of a thousand miles starts with a single step. The same applies for Nameless and his musical career. In this interview with Mahaslaz, he narrates how he got started into music. His journey began, while he was still an architectural student, when he and his friends, who just had a casual […]

Her journey into music began by her making a very bold decision. TO QUIT HER JOB. Naomi is well educated and even has a masters degree, that got her a very good job in the city of Seattle, WA, and though it was well paying, it did not give her the satisfaction that she wanted. Everyday was a struggle to get to work, and she finally called it quits to follow her dream that she kept postponing – MUSIC.

Naomi Wamboe is a first generation Kenyan-American singer and song writer, raised in Seattle, Washington in the U.S.A. She just released her latest song “Addicted” (nyama choma) and I was able to catch up with her while she was in Seattle. I must confess, that I was nervous, I did not know how the interview was […]

Where were you born? I was born and raised in Kenya and I moved to the US at the age of nine. But this is still pretty much home. When did you become a deejay? When I started university in 2008; I was 19. A couple of my close friends were deejays, including DJ Adam […]

Naomi Wachira meets me at the Starbucks in the lobby of an office building at Eighth and Virginia. Somewhere above us she works as an administrator for Casey Family Programs, a nonprofit that serves children in foster care. It’s a warm, iced-coffee kind of day, but Wachira has brought a mug of Kenyan tea.  It’s a […]