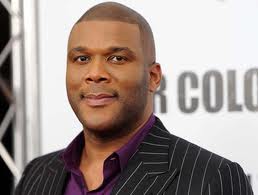 Perry wrote and produced many stage plays during the 1990s and early 2000s. In 2011, Forbes named him the highest paid man in entertainment, earning $130 million between May 2010 and 2011.Perry is best known for creating, and performing in drag, the Madea character, a giant, overreactive, and thuggishly tough elderly woman. He’s also well-known for creating numerous feature films, starting in 2005 with Diary of a Mad Black Woman, which features his claim to fame role, Madea.

Perry is no stranger to abuse and child molestation having been beaten up by his father many a times, Perry once said his father’s “answer to everything was to beat it out of you” As a child, Perry once went so far as to attempt suicide in an effort to escape his father’s beatings. In contrast to his father, his mother took him to church each week, where he sensed a certain refuge and contentment. At age 16, he had his first name legally changed from Emmitt to Tyler in an effort to distance himself from his father.

Therefore having gone through a rough child hood, he would have easily turned to drugs and alcohol to get away from his past experiences and loose hope in life. He however has turned out to be one of the most successful people in Hollywood and in this video he gives us ideas on HOW TO BE SUCCESSFUL

In summary, his points are:-

– Have one idea, one focus
– Give everything you have to that one idea
– Make that one idea your priority
– Don’t stop and keep moving forward no matter how many times things don’t go your way
– When successfully accomplishing that one idea, it will give birth to your other ideas
– Never stop believing

One thought on “TYLER PERRY GIVES US A FORMULA FOR SUCCESS”